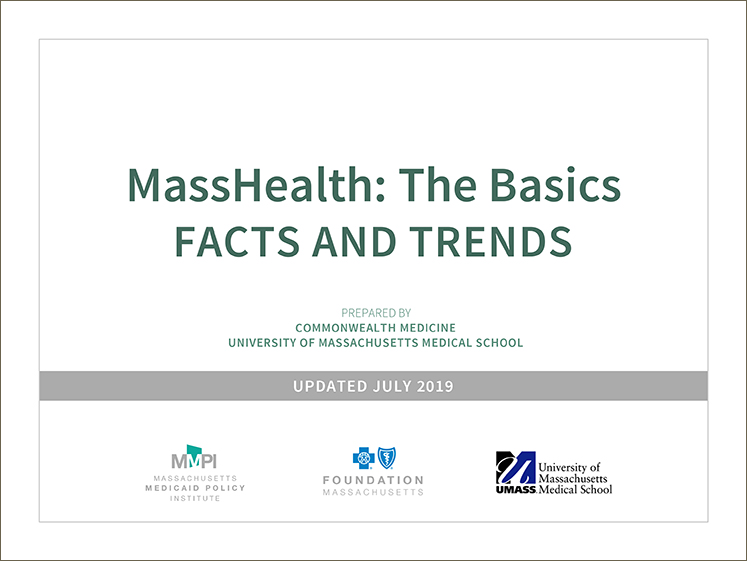 This UPDATED (July 2019) edition of the MassHealth: The Basics chart pack provides new data on MassHealth enrollment and spending from the most recent state fiscal years available, as well as a high-level overview and status update on the state’s delivery system reform efforts. The 2019 chart pack features a summary of the program’s impacts on access to care and health outcomes and new data highlighting the role of MassHealth in supporting the low-income workforce. The chart pack provides comprehensive yet accessible data points and updates on the complex MassHealth program that will be useful to policymakers and administrators, as well as advocates and academics.

Some of the key information from the 2019 chart pack -- which is organized under three sections, Eligibility and Enrollment, Spending and Cost Drivers, and Reforms -- includes:

The chart pack is made available in PDF and PowerPoint formats to facilitate its use in presentations. A webinar to review this updated chart pack was held on October 29, 2019. A recording of that webinar is available here.